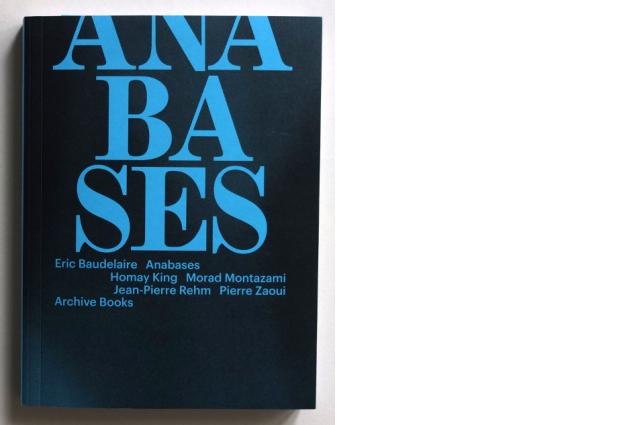 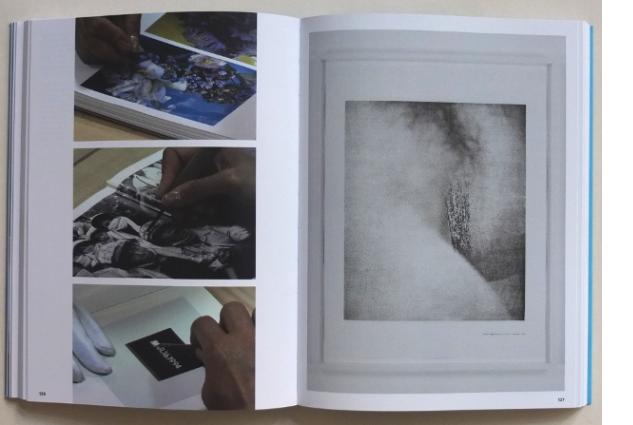 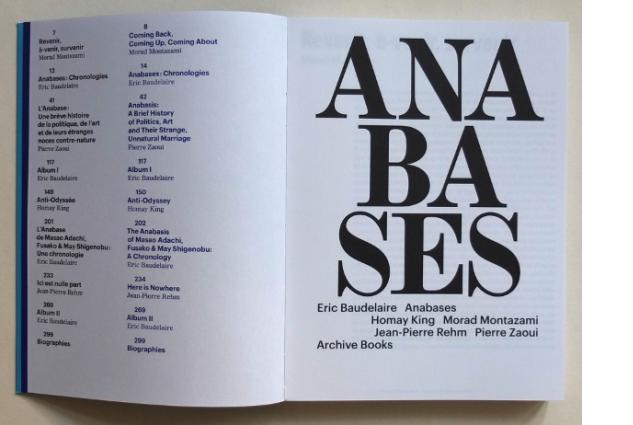 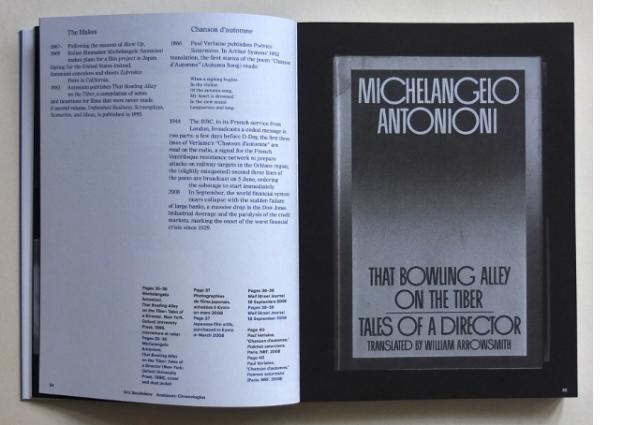 “This book is not for reading but for wandering. Its lines do not roll out continuously but superimpose each other to infinity, creating not a compendium of knowledge but a web of prescience. It does not follow a logical framework but unfurls a grid with multiple entries. It does not assert a set subject or conclusive postulate. At most it invites us to probe the recesses of a mind in motion, and steeps us in the driving material that brings it to life. It reflects the works it exhibits, the documents it discloses and the commentary it gener- ates: it aspires to ubiquity. Anabasis, the very real linking thread that stitches it together, serves not just as an archaeological enigma, but also as an allegorical force. The main author of this ocean crossing, Eric Baudelaire, is both a collector of vestiges and a sketcher of wandering lines who has surrounded himself with other meticulous voices (Pierre Zaoui, Homay King, Jean-Pierre Rehm), fellow-travellers in this library secret. Readers will be able to enjoy the grad- ual unfolding of the story of war and politics whose underlying intellectual and poetic adventure this book enables us to recall—that of its repetitions, ramifications and hybridisations: the story of Anabasis after Anabasis (or from Xenophon’s Anabasis to that of Paul Celan by way of Alain Badiou’s), from an ancient narrative to its modern reappropriation.” (Morad Montazami)