Natalie Czech // Today I Wrote Nothing 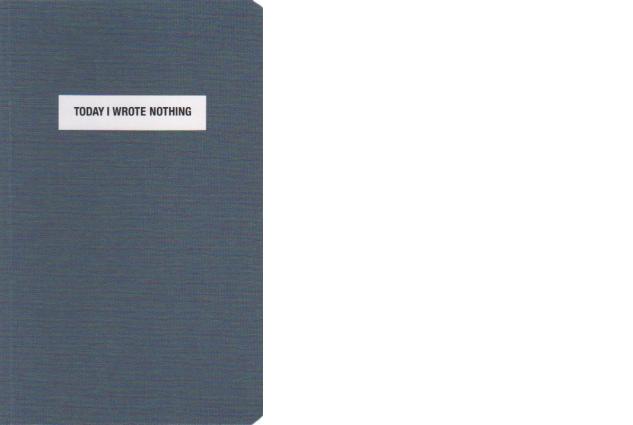 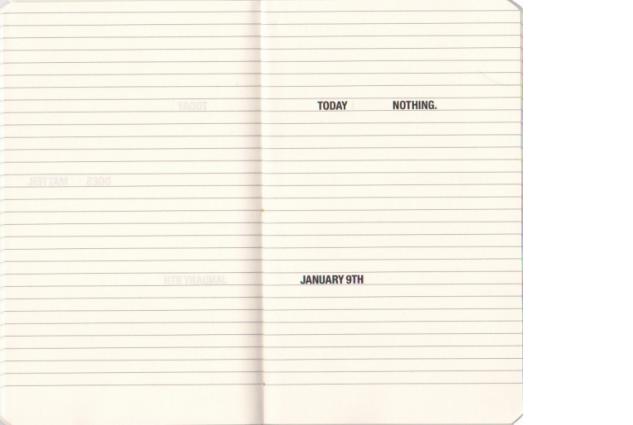 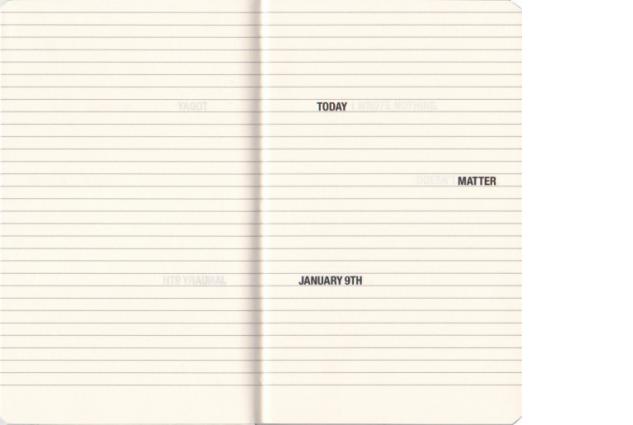 The photographic series "Today I wrote nothing" by Natalie Czech is based on a diary entry by the Russian avant-garde author and poet Daniil Kharms (1905-1942). Founder of the OBERIU or "Union of Real Art" movement, Kharms was a well-known poet and performer of the early Soviet literary scene. He was denounced as an "anti-Soviet" writer in 1931, and arrested and imprisoned in a psychiatric ward in 1941. Kharms died in his cell, most likely of starvation, in 1942. In 1937, Kharms wrote the following entry in his diary: Today I wrote nothing. Doesn't matter. January 9th. "Today I wrote nothing" is a series of 22 photographic tableaux. Each tableau consists of a printed book page, inscribed with the text of Kharms' diary-entry. On each page some of the words of the entry are missing, so that the written statement changes.