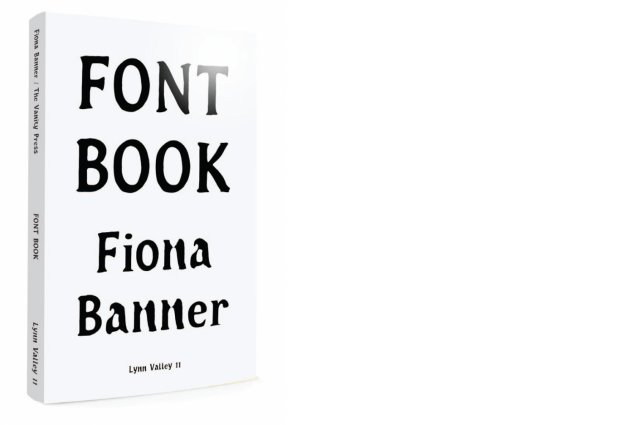 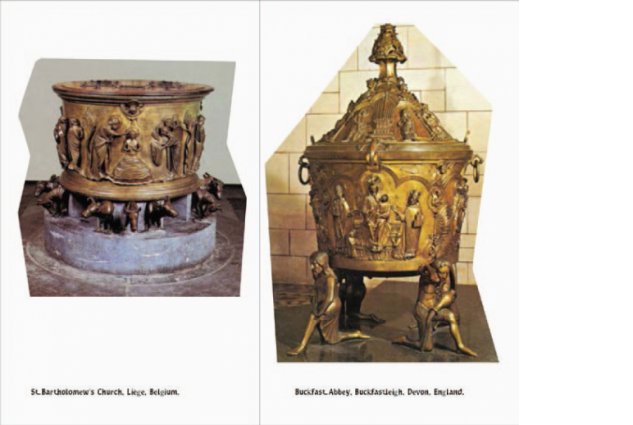 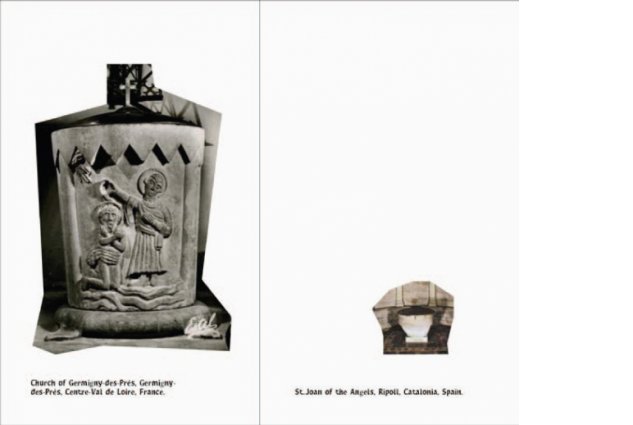 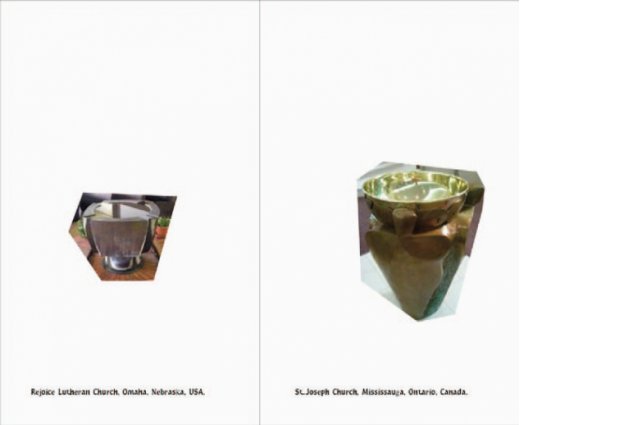 A short time ago British artist Fiona Banner designed her own font, utilizing an amalgamation of typefaces she had employed in a variety of text-based artworks, including full stop sculptures, typeset wall works, and artist books, (including, for example The Nam, an epic account of Vietnam war movies written from memory). Banner named her new font: Font, a cheeky, self-referential title of little surprise to those familiar with Banner’s poetic, disruptive interrogation of cultural, institutional and technological frameworks.
Concurrent with her creation, Banner became fascinated with the idiosyncratic double meaning of the word itself. In addition to a typeface, a font is also a receptacle for holy water used, chiefly, in baptismal ceremonies, with religious associations derived from an etymological root in old English and Latin, roughly translated into “a fountain, a spring, or a source”.
Banner subsequently began amassing images of baptismal and holy water fonts from churches around the world. Assembled in its entirety for the first time here Banner has presented the full spectrum of her collection in this aptly named Font Book. Resembling something of a supply catalog for the devoted this compendium presents every baptismal font configuration imaginable, along with accompanying church names and location specs.
The word font points as much to a conceptual social contract as it does to a physical object, and Font Book, in utilizing the noun’s connotation as both textual building block and ritualistic vessel for purification, succeeds in taking us beyond the ordinary into realms more indeterminate.